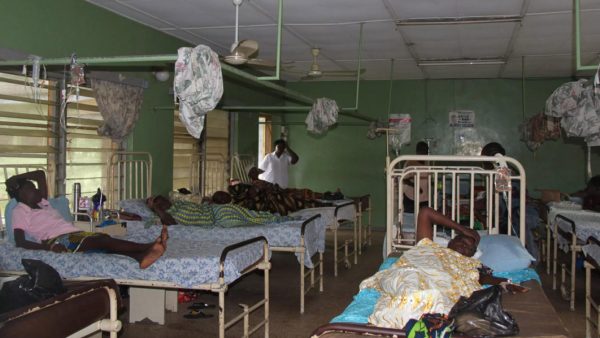 Cleaners and porters in the University of Abuja Teaching Hospital (UATH) on Sunday decried the irregular salary payment which had resulted into three months arrears.

Some of cleaners and porters told the News Agency of Nigeria (NAN) in Gwagwalada that the delay of the N15,000 monthly salary was not in the interest of the workers.

A cleaner in the hospital, who spoke on condition of anonymity, told NAN that their salaries had not been paid since January.

“It has all along been deceit. They will owe us for three months, pay one month and wait again for another three months before one month will be paid.

“It has not been easy for us because, apart from the fact that the salary is small, it is not coming as it should be,” he said.

The cleaner called for the intervention of the hospital management and other stakeholders to review the salary upward and ensure prompt payment.

A porter in the hospital, who also requested anonymity, told NAN that the two categories of workers were not directly employed by the hospital.

She said they were employed by consultants engaged by the hospital, adding that the hospital management could be of assistance in resolving the issue.

‘’Our work is important to the hospital and patients coming here. We need management to do something about this issue so as to boost our morale,;; she said.

Mr Frank Omagbon, UATH spokesman, said that the management was not aware that salaries of cleaners and porters were being owed for three months.

He said that the hospital has not paid the consultants in charge of these workers, adding that he had no knowledge of the number of months.

“I am aware that the hospital is indebted to the consultants but cannot say exactly the number of months.

“Paucity of fund, like it is in many organizations, is the reason for the indebtedness and the consultants are adequately informed,” he said.

Omagbon said the hospital management would channel the complaint to the appropriate quarter.