One of the accounts of former first lady of Nigeria,Patience Jonathan has been unfrozen today. The ruling was given by a Federal High Court sitting in Lagos ordered the Economic and Financial Crimes Commission to unfreeze the account of Patience Jonathan. 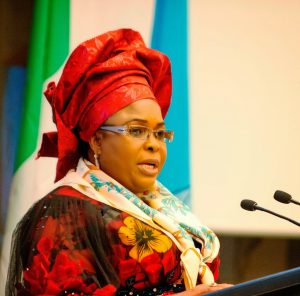 One of the accounts which contained $5.9m was frozen when the  court presided over by Justice Mojisola Olatoregun in December 2016, had  made the freezing order following an application for an interim injunction by the EFCC to that effect.

The EFCC had in an affidavit deposed to by one of its operatives, Mr. Abdulahi Tukur, told the judge that suspected proceeds of crime were retained in the accounts and urged the judge to urgently freeze the accounts pending the conclusion of its investigations.