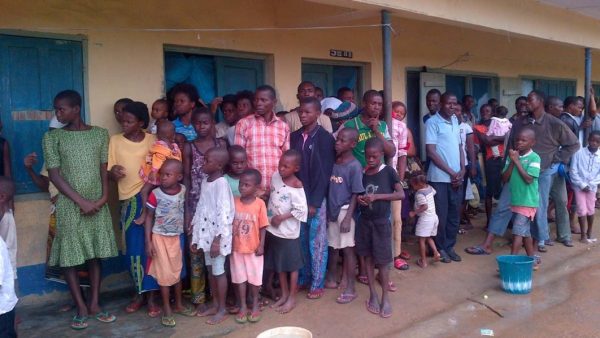 Traditional rulers in Cross River State have asked the Federal Government to implement the recommendation of the Presidential Committee on the Plight of Displaced Bakassi People.

The Chairman of the state Traditional Rulers’ Council, Etinyin Etim Okon, told journalists that the Federal Government had failed to act on the report, which was submitted to it four years ago.

The monarch explained that government’s failure to resettle the displaced people was responsible for the frequent militancy and armed robbery in the area.

He cautioned that the situation could lead to an upsurge in militancy and sea piracy in the Bakassi peninsula and the Gulf of Guinea if not checked.

The monarch lamented that it was insensitive of the Federal Government to be unmindful of the people’s suffering since they were displaced in 2002.

According to him: “Our situation as a people is highly pathetic, having been forced to lose our ancestral home and heritage.”

He stressed it was also painful to see pregnant women and old people suffer the effects of an alleged conspiracy with the international court to evict the people.

The monarch, who is the paramount ruler of Bakassi, said the Efiok Cobham-led committee had recommended that the Federal Government bear the cost of sand-filling Dayspring 1 and 2 and Kwa Islands to resettle the people.

According to him, the Federal Government had resettled some communities in Borno, Taraba and Adamawa who were affected by the judgment, while the Bakassi people were yet to be settled.