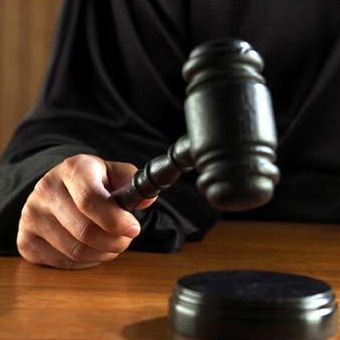 Nigeria handed down an astonishing 527 death sentences in 2016, three times more than the previous year, in what Amnesty International described Tuesday as a “massive and worrying spike”.

In its annual global report on the death penalty, the human rights group said that death sentences in Nigeria rose from 171 in 2015, placing it second only to China, a country that shrouds its executions in secrecy.

“The massive and worrying spike in death sentences recorded in Nigeria in 2016 put the country at odds with the global trend towards abolition of the death penalty,” Amnesty International said in a statement.

“These steps by state and federal authorities are retrogressive and injustifiable as there is no evidence to suggest that the death penalty deters crime more effectively than other punishment,” said Damian Ugwu, Amnesty International’s Nigeria researcher.

“The danger of people being executed for crimes they may not have committed remains ever-present,” Ugwu added.

Still, the laws appeal to Nigerians who are fed up with high levels of crime.

“There is strong public support for the death penalty,” Ugwu said.

In Nigeria, the death penalty is imposed for a vast array of crimes, including armed robbery, murder and treason.

The increase in death sentences is in part due to a resurgence of kidnappings and other crimes in the country’s oil-producing south and the ongoing fight against Boko Haram Islamists in the northeast.

Last May, Nigeria’s senate was considering a new federal law that would make kidnapping a capital crime.

Several state governments, such as Oyo in 2016 and Lagos earlier this year, have already introduced such legislation.

Kidnapping for ransom, which had declined in recent years, has recently increased as Nigerians face a recession caused by the crash in global oil prices.

At least 22 executions were carried out in five countries — Botswana, Nigeria, South Sudan, Sudan and Somalia.