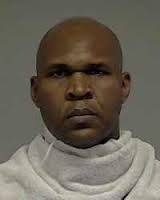 The Police have arrested a Nigerian orthopedic doctor, Donald Ozumba, who practices in Texas, United States of America, the doctor was accused of sexually assaulting at least two patients in his office.

The arrest was made on Friday after two women said they were alone with him when he touched them inappropriately inside an examination room.

Both of the patients who claimed to have been assaulted by Ozumba told the police that he asked them to undress fully instead of wearing a gown and shorts they were given by the nurse.

Ozumba has been named a “rising star” as an orthopedic surgeon.

His website lists several school teams and professional sports teams he works with, and it says he leads medical mission trips to his home country of Nigeria.