Yakubu Dogara, speaker of the House of Representatives, today through his spokesperson, Turaki Hissan released his pay slips for six months.

The documents showed the breakdown of the speaker’s salary for October, November, December 2016 and January, February, March 2017.

However, from the document it is obvious that, Dogara earns about N300, 000 after the deduction of taxes. 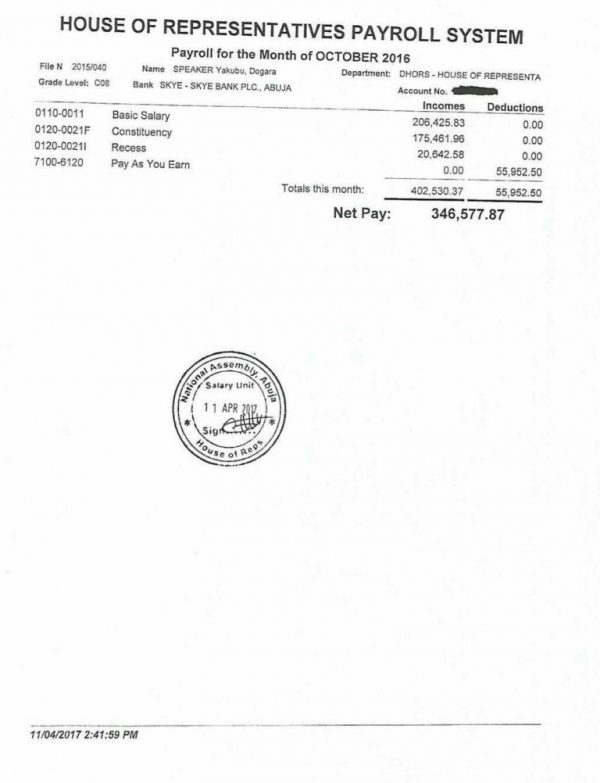