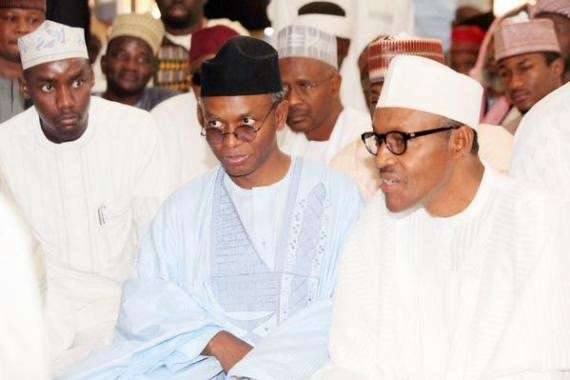 The governor who arrived 12: 45 pm is also expected to worship with the President at the Villa Mosque.

It will be recalled that el-Rufai recently in a letter hit the administration of President Buhari so hard, saying that the president has failed to take charge of his own government.

He said that cabals have hijacked the government from the president, dictating the course of events in the country.

Similarly, the governor recently picked up a challenge thrown to him by the Speaker of the House of Representatives, Yakubu Dogara to publish the details of his security votes in the spirit of transparency.

The governor was to later challenge the Speaker to reciprocate the same having done his.

His meeting with President will be the first since the el-Rufai’s letter went viral.