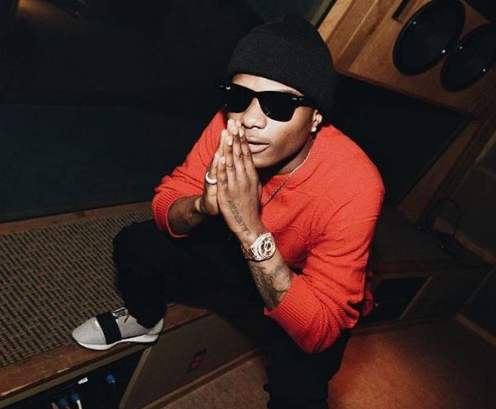 Singer, Wizkid, has been advised to keep his calm and stay humble despite his successes after he claimed in a recent tweet that nobody can equal him.

The Sony Music Entertainment artiste is definitely doing excellently well for himself at the moment but fans are reminding him that there is no permanent champion.
Many of those who commented disagreed with Wizkid, and told him that others like him and better than him will emerge over the years.

Read their comments below;

@Tobby_Keun: why you no go talk am when #igbo too much…….

@oke_adedeji: what do you mean by saying Nobody can equal you, That’s bull shit bro.

@ajepako: but many people have surpassed you.

@EmekaYN: there was a king in the bible that said this & next day God took his throne from his. Bro this is Pride & Pride comes be4 a fall

@salaudeenhamm: be deceiving yourself there.. dont go bk to the street and restrategise d hustle… or else u re going d ice prince lane

@biofroak: I’m sure some artists said that before u came. As long as there’s nothing new under the sun u’ll surely be replaced maybe not now

@princepodi111: People have done better than u bro that’s pride getting into u bro @real2faceidibia has done better but u won’t hear him say this

@callmiifexco: Michael Jackson was the world greatest #MohammedAli was once the GOAT! maybe for now Yeah! But Before you there was and after you there will

@iykesprince230: I love you bro but it hasn’t gotten to extend👍👍 drop the ego and do your thing….much love star boy