The National Space Research and Development Agency, has decided to come in partnership with The Federal University of Technology, Akure, Ondo State, and five other countries 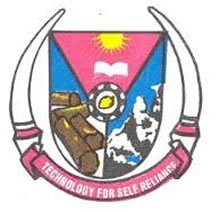 have completed a global project for the design and manufacture of five identical nano-satellites to be launched into space in May.

A statement by the agency’s Head, Media and Corporate Communications, Dr. Felix Ale, said the satellites would be launched at Cape Canaveral in Florida, the United States of America.

According to him, the multinational satellite project, known as “Bird Project,” was introduced in 2015 by the Japanese government and implemented through the Kyushu Institute of Technology for developing countries, with the goal of enhancing space-related capacity building and human resource development.

A total number of fifteen engineers and scientists from Nigeria, Japan, Mongolia, Bangladesh, Ghana, and Thailand were selected for the project.

Ale said the nano satellites would be launched into orbit aboard SpaceX rocket and would be released from the International Space Station with an orbital parameter of altitude 460 kilometres and an inclination of 15.6.

He said the project was an innovation and excellent research model for as it would assist the agency in strengthening collaborative research with Nigerian universities.