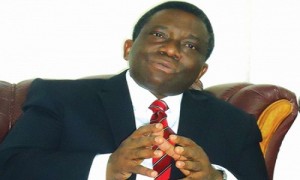 The recent outbreak of Meningitis across 19 states in the  country, has taken about 440 lives. According to the Minister of Health, Prof. Isaac Adewole, he said the federal and state governments were not prepared for the Type C meningitis outbreak that ravaged country.

Adewole said this on Monday during the stakeholders’ meeting with the Governor of Zamfara State, Abdul-Aziz Yari, and the Meningitis and Prevention and Emergency Response committee at the State Government House, Gusau.

Meningitis has killed over 440 persons and there have been about 4,000 cases across 19 states nationwide.

In his address, the Health Minister noted that the state and federal governments should have been more prepared to contain the outbreak.

He said, “I also want to say that it (meningitis outbreak) was not unexpected. This is part of the meningitis belt in Africa, and since 2013, we’ve been having Type C, but this has been the worst outbreak. We never expected this magnitude, and this is where things went wrong.”

However, Adewole emphasised that the Federal Government was ‘on top’ of the situation.

“Essentially, why we are here is to build confidence and assure the Nigerian people that we are on top of this outbreak.

This outbreak cannot mar Nigeria and cannot determine the future of the country. We can determine the outcome of this epidemic; we are on top of it and have all the necessary materials to contain the epidemic.