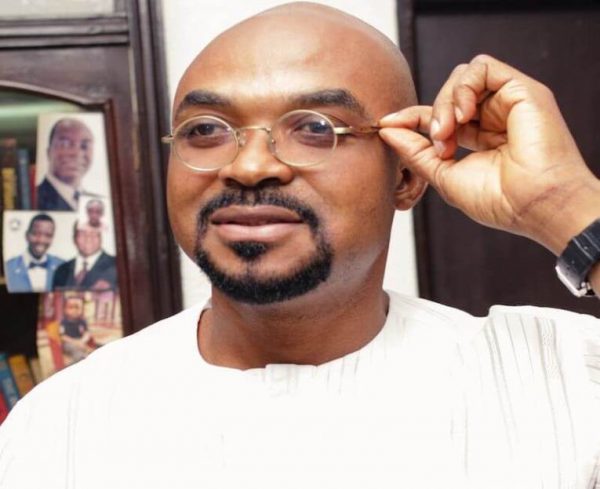 Following the successful hosting of the 2016 edition of International Widows’ Day in Lagos, the Felix King Foundation (FKF) has taken the initiative a step further with plans to launch ‘Abolish Widows Maltreatment’ campaign in Benin, the Edo State capital. The campaign, which has been endorsed by the Speaker of the Edo State House of Assembly, Dr. Justin Okonoboh, will kick off in Benin City on June 23 and it’s heavily supported by community advocacy groups, chiefs, leaders of thought, ambassadors and influencers within and outside the state.

Two A-class Nigerian musicians are said to have crafted a soul-lifting theme song for the campaign, which will be debuting on air soon. The campaign is scheduled to start as pilot from Edo State, then move to other states with high cases of widows’ maltreatment in Nigeria. Ostensibly, the motive behind the campaign is to create massive awareness and enlightenment on the unnecessary abuse and maltreatment of widows in the country.

In 2016, Felix King, was at the forefront of hosting the 2016 edition in Lagos with a theme ‘The Right of a Widow’, which underscored the 2014 Supreme Court’s judgment on the right of women to inheritance, care and association, hosted by Frank Edoho, host of Who Wants To Be A Millionaire, while ace broadcaster, Adesuwa Onyenekwe, was on hand as moderator.

The Foundation’s President, Felix King Eiremiokhae, believes that widows’ maltreatment could be abolished in Nigeria if the provisions of Chapter 4 of the 1999 Constitution of Nigeria as amended, which provides for the fundamental human rights of the citizens of Nigeria, are strictly adhered to. Section 34 (1) (a) of Chapter 4 provides thus: “Every individual is entitled to respect of his/her dignity and accordingly, no person shall be subjected to torture or to inhuman or degrading treatment.”

King stated that widowhood rites and rituals in most communities in Nigeria are clearly a gross violation of Section 34(1) (a) of Chapter 4 of the 1999 Constitution as amended, noting, “A woman subjected to drinking the water used to bathe her deceased husband, had her head shaved and made to bathe on her husband’s grave by 12am in the midnight, so as to prove her innocence of the death of her husband, has been made to suffer more inhuman degradation than can be imagined.”

International Widows’ Day is a day set aside to recognise widows and their dreadful situations worldwide. But here in Nigeria, little or nothing is done on this day. Government especially stands accused for being taciturn on widows’ plight as they suffer dejection, disinheritance, deprivation and ejection from their homes. The ‘Abolish Widows Maltreatment’ campaign seeks to redefine this, as the Felix King Foundation takes the enlightenment advocacy to the rural communities where these atrocities are prevalent.

According to Eiremiokhae, the community advocacy groups will help the campaign by way of engaging key decision makers such as chiefs, village heads, market women leaders, trade union groups and youth leaders in the communities. He noted further that the theme song for the campaign would be deployed through telecoms operators, so that mobile phone users can download and use as caller ringtone.

Another strategy to be deployed is the use of foundation ambassadors selected from members of National Assembly, state House of Assemblies, social media influencers, and celebrities in music, movie, media and business. They will be given Liberty coins tagged ‘widows Liberty Coin’ and are expected to be advocates of complete eradication of widows’ maltreatment in the society.

A widow, who gave her name as Mrs. Abimbola Kola and affirmed that she has benefitted from the foundation, said Felix King Foundation must be commended for giving succour to widows. “The initiative by the foundation is a laudable one. We have suffered enough and we are proud to have someone stand up and speak on our behalf,” she said. She said Nigerians should consider it as a clarion call to join the crusade to liberate widows, adding “we are humans with blood running through our veins and I believe to abolish widows maltreatment is a collective responsibility of all Nigerians. We are not happy losing our breadwinners; widowhood is not a crime. Therefore, people should not add to our grief and agony.”

Widows are women whose husbands have died. After their husbands have passed on, they are neglected and forced to fight for their human rights and overcome many obstacles to ensure their social and economic development. It is estimated that there are over 12 million widows in Nigeria, over half of them live in extreme poverty and are subjected to neglect in the society. In 2011, International Widows’ Day was declared by the United Nations and first celebrated on June 23, in an effort to empower widows and help them to regain their rights, which have long been ignored and violated.

Eiremiokhae is a strong believer that “together with the communities we can abolish widows’ maltreatment.” Communication materials such as posters, flyers, radio jingles will be deployed as additional information tools to help create awareness in the communities and an hash tag #abolishwidowsmaltreatment. Other activities scheduled will be the empowerment of 74 disadvantaged widows through skills acquisition and business start-up grant.