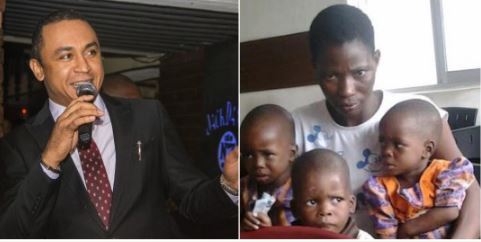 An arrested mother of 3, whose kids were left to fend for themselves after she was jailed for one month by her landlady over rent, has been freed by Cool FM OAP, Daddy Freeze, who secured her bail.

Daddy Freeze, also paid the lady’s one year rent, after she was whisked down to Olosan Police station in Mushin, where she spent over a month, because she couldn’t afford the bail of N50,000. The Cool FM OAP and his team, are also trying so hard to reunite the lady, who is also a widow with her kids, as they were taken into government custody. “This is Lateefa, a mother of 3. She was imprisoned for over a month wrongfully, by her landlady. –
The #FreeTheSheeple movement freed her from prison through our wonderful Barrister BUKKY, got the case against her thrown out of court. We went on to contribute towards her rent and paid for 1 year. Now we are uniting her with her children, who were taken into government custody.

–
This is what we do…. All the blogs report about us is negative. But while you are busy criticizing us, we are touching lives and freeing sheeple from yahoo boy pastors.
–

P.S the widow we contributed money for was so excited, she said the last time she saw the type of money we gave her was 10yrs ago. Her husband died leaving her with nothing 10 years ago… her 8yr son died a few months ago.. Don’t just comment on the internet, touch a life, it’s what we do! ~FRZ
#FreeTheSheeple ” . 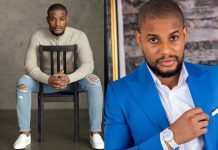 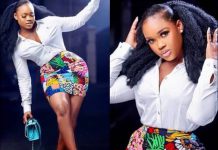