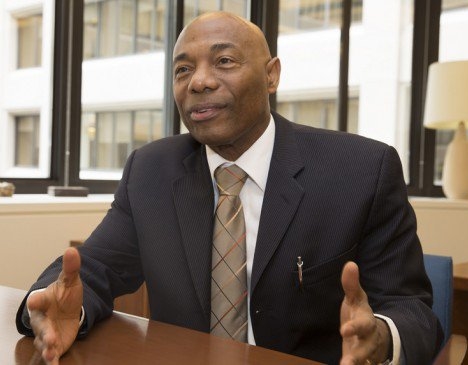 While speaking in a separate telephone media briefing on Wednesday afternoon, Gene Leon, International Monetary Fund (IMF) mission chief for Nigeria, said the Nigerian currency, the Naira, is overvalued to the tune of 10 to 20%.
Reuters News Agency quoted Mr. Leon as saying that the naira overvaluation is “somewhere to the tune of 10 to 20 per cent.”
Additionally, the IMF boss disclosed that Nigeria’s 2017 projections for non-oil revenues are more optimistic than the IMF’s, and authorities need to increase tax levels to diversify its income.
“The Nigerian economy has been hit by lower oil prices and lower production and the need for adjustment is recognised by the government,” Leon said.
“They have started in articulating the economic recovery and growth plan and what needs to happen now is that plan needs to be implemented and continue in a very resolute way.”
He also said that the IMF sees a need for a foreign exchange adjustment, in a bid avoid a disorderly depreciation of the naira.
“We do find there to be some over-valuation at this point of the naira, of the official currency, somewhere to the tune of 10 to 20 percent.”
The IMF Staff country report, which was unveiled on Wednesday also showed that Nigeria’s multiple devaluation between 2014 and 2016, affected the private sector, especially the banks.
“During the past year, banking sector growth was dominated by the impact of a depreciating naira, given 45 percent of the banks’ loan book is in foreign currency,” the IMF staff report read.
“The depreciation of the naira may in some cases benefit those banks with FX assets that outweigh their FX obligations, through net valuation gain.
“However, FX risks either from a shortage of FX or further naira depreciation could also lead to defaults, which will increase required provisioning and reduce profits.
“With about 45 percent of loans and 40 percent of NPLs in foreign currency, a further depreciation of the naira by 50 percent would increase NPLs net of provisions to capital by 12 percentage point (from 28 to 40 percent)”.
Source: Tori