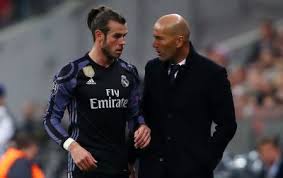 Gareth Bale has been ruled out of the quarterfinal Champions League clash between Real Madrid and Bayern Munich.

Real Madrid manager, Zinedine Zidane speaking at the pre match conference, he said the forward has not fully recovered from a muscle injury in his right leg and will miss the second leg match at the Santiago Bernabeu Stadium.

Real Madrid are favourites going into the second leg of the champion league tie, as the Galaticos defeated the Bavarians 2-1 in the first leg at the Alianz Arena with Cristiano Ronaldo getting a brace in the game.

UEFA Scraps Away Goals Rule In All European Club Competitions