Home News Feed Heartbreaking Story: See the Man Who Was Killed by Robbers Just 3...
Facebook
Twitter
WhatsApp
In what will come across as a really heartbreaking development, a man has suffered a horrific tragedy just days after his wedding. 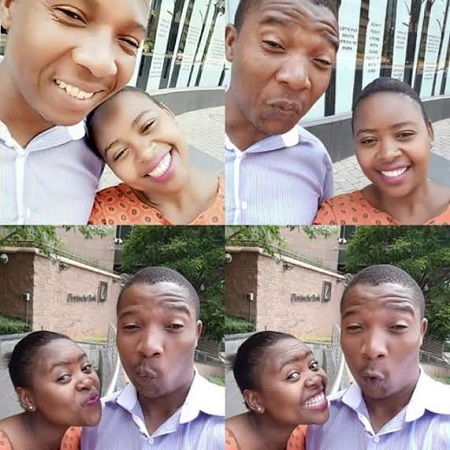 Dyke Motsepa, a South African man who was the general manager of an Edleen Dairy shop died in hospital on Friday morning, March 31, after being shot during an armed robbery in Midland, Geuteng,  South Africa on Thursday night, March 30.
According to Kempton Express, Dyke Motsepa tied the knots with his wife Kido Nyareli on March 11th.
He succumbed to his injuries, a bullet wound to the stomach, while being treated at Tembisa Hospital.
According to Norkem Park South Africa Police Service, Motsepa was wounded during an armed robbery at Pizzarology, a wholesale dairy distributor on Modderhill Road next to CR Swart Drive, during which two armed men ambushed two general managers and a security guard.
According to a co-worker, Emmanuel, he and Motsepa had just finished locking up the shop at about 6.30pm when the incident occurred.
“I was waiting in the car for Dyke as he was setting up the security alarm. That was when one of the security guards at the complex said he noticed a white Golf parked inside the complex.
”He went to the car and told the person inside they were not permitted to park there. But the person ignored him,”
When he was done, Motsepa got into the passenger side of Emmanuel’s car.
“A few moments later, I heard an extremely loud bang on my side of the car [driver’s side]. It was a man carrying a big gun telling us, ‘Phumani! Phumani emotweni!’ (get out of the car), which we did.”
As Emmanuel and Motsepa got out of the car, the armed man instructed them, along with a security guard, to get onto the floor. Moments later, a second man, armed with a small handgun, walked up to the group while talking on his cell phone.
“They started asking us where the manager was and we told him he was gone. They didn’t believe us and told us we were lying. The guy with the big gun saw someone looking down from the flats nearby and became nervous. He called someone and told them to bring the car around because someone was watching them,”  Emmanuel explained.
A Golf pulled up and he went to the car. The second guy also started walking away and that’s when Emmanuel and Motsepa saw an opportunity to escape.
“As we got up, I heard a huge bang. When I looked, I saw the second guy with the small gun had shot Dyke in the stomach.” 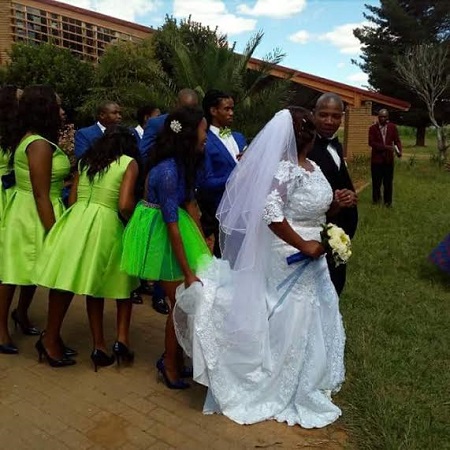 He then fled in a white Audi. Motsepa screamed in pain and walked towards a passageway at the shops, where he fell to the ground.
“He asked for us to call his mother.”
By this time tenants from other shops had come outside after hearing the commotion and called an ambulance and the police.
Emmanuel had known Motsepa for years after Motsepa had started working at the shop about seven or eight years ago.
“He had become like a brother to me because he knew my family and I knew his.”\
Motsepa, who lived in Ivory Park with his family only returned to work about three days before the incident after being on leave for his wedding.
“Just yesterday he was showing us photographs from his wedding day.”
A woman who worked with Motsepa and Emmanuel described the deceased as a “fantastic person who was very loving and kind”