Horror! You Won’t Believe What Doctors Removed From This Little Girl’s Stomach After Life-Saving Surgery | Photos

Deolu
A little girl who had a really large tumour in her stomach has had a serious, life-saving operation to get it out. 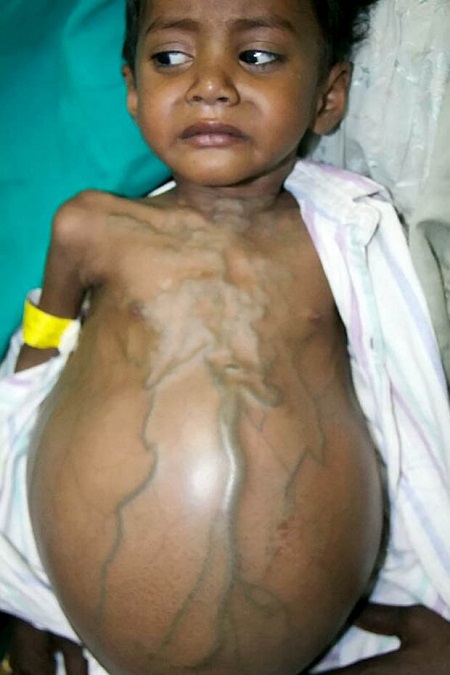 A little girl identified only as Sohana, has been given a second chance at life after she had a tumour removed from her tummy which weighed twice the weight of her entire body.
According to Daily Star UK, little Sohana, a three-year-old, was suffering from a form of cancer called Wilms’ which meant she had a huge and growing 2.3 stone (15kg) tumour near her kidneys.
The enormous mass meant she was unable to walk or eat properly, and doctors believe it is the largest tumour ever seen anywhere in world in a child of her size.
Her family were too poor to avoid treatment, but a charity found out about her worsening health – high fevers, upset stomachs and malnutrition. 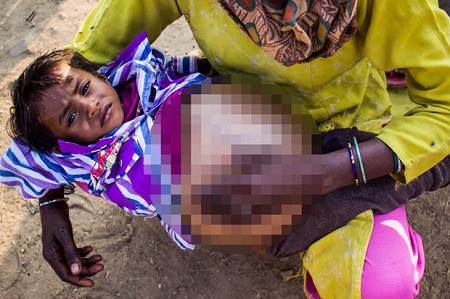 India-based Manasvita Foundation funded three rounds of chemotherapy and then a five-hour operation at MP Birla hospital, Satna, Madhya Pradesh, India.
Miraculously the little one survived and medics were astonished to find she now only weighs 8kg – meaning the tumour was nearly twice as heavy as her.
Doctors now expect her to make a full recovery. 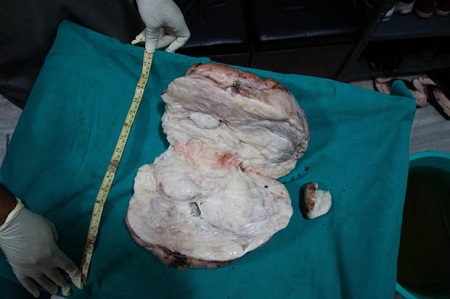 Dr. Sanjay Maheshwari, who operated on the girl, said: “This is a miracle as she was in a very critical condition.
“The operation was technically very difficult for the girl who weighs 8kg suffering from giant size tumor of more than 15kg in her belly.
“The tumor is solid so there is little chance of complications. Now, the child is out of danger, but she would still have to get chemotherapy from time to time.
“The tumor was stuck into her intestines. We operated on her for five hours to avoid any blood vessel compression and any other complications.
“Our team has done a commendable job, but I must say the girl is also blessed.” 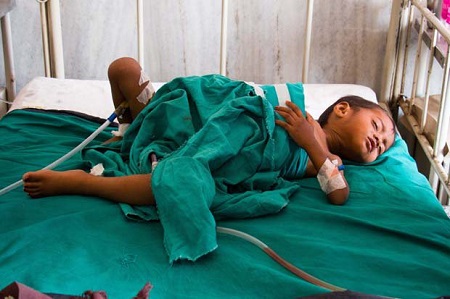 Her grandmother took Sohana around countless state-run hospitals, but claims nobody would help, and she almost lost hope.
But her treatment started in January after her condition prompted social activists to start a fund raising campaign.
She was admitted to the hospital with a protruding belly and had high fever, upset stomach and malnutrition, and underwent three of five chemotherapy sessions between mid January and April.
According to doctors, Wilms’ tumor is uncommon in children, but her condition had become critical because she was left untreated for so long.

Share
Facebook
Twitter
WhatsApp
Previous articleNollywood Ambassadors Award to debut in Abuja
Next articleYcee is thrilled as he hangs out with veteran singer, Zaaki Azzay
- Advertisement -