The  Managing Director of Capital Oil and Gas Limited and FC Ifeanyi Ubah , Mr. Ifeanyi Ubah, is still in the custody of the Department of State Services, a week after he was arrested. 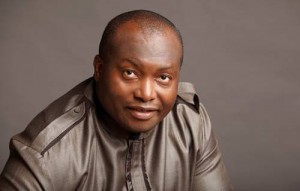 It was gathered that Ubah was invited by the security service on Monday and had remained with the operatives since then.

According to one of the security agents.

He said, “As I speak with you, the man is still with us. Don’t listen to the propaganda his people are saying. You know he is a big boy and he doesn’t want people to know that he is being detained.

“His people claimed on Thursday that he spoke with reporters. When we saw the story, we laughed. In the said statement, he was also said to have claimed that he was going to watch a football match a day later.

“That’s not true. Ubah is with us and we have no plan of releasing him this week because we have a court order to detain him.”

Ubah had claimed on Thursday that it was true that he visited the DSS, but said he went there for the confirmation of accounts with the Nigerian National Petroleum Corporation.

Ubah, who spoke with our correspondent through his Chief of Staff, Mr. Chiegozie Gerald Udogu, said that he had been going to the DSS since Monday.

He had said, “Yes, it was true that he was at the DSS office, but he was not detained. He went there for the reconciliation of account with the NNPC.

“The DSS is mediating in the trade dispute between the two parties. Therefore, it is not a thing to be worried about.”

Udogu did not respond to calls made to his telephone line on Saturday night and he also did not reply to a text message sent to him either.

Apart from what he said earlier, Ubah’s aides had also released a statement, saying that their boss would watch a football match on Thursday.

They claimed that their boss spoke with reporters on the telephone.

The statement, which was sent to our correspondent by one of the aides read, “The founder of Capital Oil, Mr. Ifeanyi Ubah, has denied allegations of being arrested by the DSS yesterday 29th March, 2017.”

According to reports, it gathered that some officers of the NNPC were also drilled by Source he DSS.