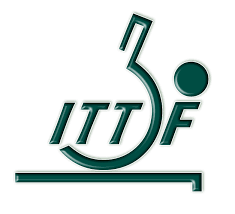 The countries that will be representing  Africa at the 2018 Youth Olympic Games (YOG) holding in Argentina has been confirmed by the International Table Tennis Federation (ITTF).

According to statement released by the ITTF-Africa on Tuesday morning, the Egyptians will be represented by the duo of  Youssef Abdel-Aziz and Marwa Alhodaby sealed slots in the boys and girls event, while Nigeria’s Tosin Esther Oribamise and Tunisia’s Nathael Hamdoun secured the remaining two slots in the girls and boys events respectively.

The four players – Abdel-Aziz, Alhodaby, Oribamise and Hamdoun will represent Africa in the table tennis event at the Games.

According to the President, ITTF Africa, Khaled El-Salhy, the four players are indeed the best from the continent considering the qualities they displayed at the qualifiers in Tunisia.

El-Salhy however called on national associations to make sure they give their players adequate preparation in order for Africa to put up a good performance.

“I am satisfied with the qualities of play from all the players that took part in the qualifiers and those that emerged were indeed the best from the qualifiers, El-Salhy said.

“I just need to appeal to national associations to ensure that these four players prepare very well for the games because I could recall at the maiden edition of the game in Singapore, Africa represented by Tunisia’s Adam Hmem partnered with a Chinese player to win bronze in the mixed doubles event and it will be good if Africa can also do well next year in Argentina.”

The Youth Olympic Games will hold in Buenos Aires Argentina from 6th to 12th, October, 2018.