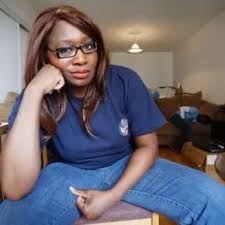 Kemi Olunloyo has been granted a bail of N 1 Million  on Tuesday by a Federal High Court sitting in Port Harcourt.
Olunloyo, who had been remanded in Port Harcourt prison for the past one month, was granted bail in the sum of N1 million.
It will be recalled that the journalist/blogger was arrested by security operatives in Ibadan over a material published online and believed to have offended a frontline Port Harcourt-based cleric.
Source: ( Punch Newspaper )