Kiss Daniel on Monday April 10, 2017 tweeted about his desire to be done and over with something, after another year runs out.

Kiss got signed to G-Worldwide Entertainment in 2014, so if we were to assume the contract he signed was for four years, meaning it expires in 2018, that could add some substance to the guess fans are making, that the tweet is about him wanting out of the label.

This has left fans assuming all sorts but in particular, the conversation is leaning towards Kiss Daniel wanting to leave his label at the end of his contract expiration year.

Some follower replied him saying “So you be able to do videos you want and feature who you wish to.”

Another replied saying “for his contract to expire with GWW! Flyboy inc/ Vado can kick off!”

Another writes “To do collabo”?

They all clearly have been following the news around Kiss Daniel, with the likes of Comedian Koffi speaking passionately about how the singer’s label and management is hurting his career by restricting him and fellow artist Sugarboy from collaborating with artists outside G-Worldwide as seen in the 2016 “New Era” album and Sugarboy’s “Believe” dropping April 22, 2017.

Kiss not replying any of his followers’ comments makes their assumptions seem ever likely true.

Time will definitely settle this one out. 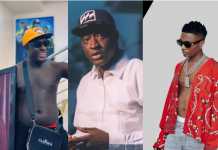 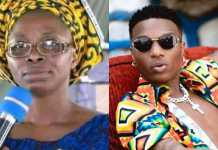