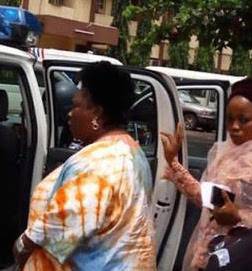 An Ebute-Meta Chief Magistrate’s Court in Lagos on Monday charged a local textile trader, Titilayo Momoh, for attempting suicide on the Third Mainland Bridge in Lagos.

The one-count charge reads, “That you, Titilayo Momoh, on the 24th day of March, 2017 at about 10:00 hours at Third Mainland Bridge, Lagos did attempt to commit suicide by jumping into the river and thereby committed an offense under Section 235 Cap C17, Volume 3 of the Criminal Law of Lagos State, 2015.”

Mrs. Momoh pleaded not guilty to the charge.

Her defense counsel, Beauty Otigi, applied for bail. The prosecutor, Kehinde Omisakin, did not object to the bail application.

Chief Magistrate T.A. Elias consequently granted the defendant bail in the sum of N500,000 with two sureties in like sum. He also ordered the defendant to undergo a psychiatric evaluation before her next court appearance.

The judge then adjourned the case till June 2017.