Sports betting and gambling has been a growing culture across different parts of the globe. In Nigeria, betting and...
Read more 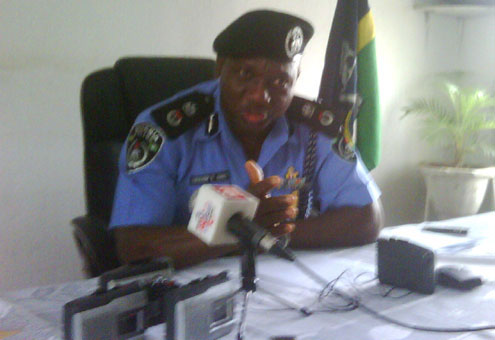 Lottery operators in Lagos State have called on the Inspector-General of Police (IGP), Ibrahim Idris, to ensure that a subsisting court order protecting their operations is obeyed by the Lagos State Lottery Board, which they alleged has been harassing them with the support of the Nigeria Police Force.

The call was made in an open letter by the lottery operators to the IGP. Jointly signed by Messrs. Olufemi Olabisi and Nnmadi Anoka of Festus Keyamo Chambers, the letter invited the IGP’s attention to the long-running dispute between the Lagos State Government and the Federal Government in respect of the right to regulate, license and invoke the law guiding lottery operations.

This, explained the letter, is necessary because of the constant molestation of customers and staff of lottery companies operating in the state by the Lagos State Lottery Board despite a court ruling permitting the operators to function unhindered.

As far back as 7 December 2009, in a case between National Lottery Commission Regulatory & Anor Vs. the Attorney-General of Lagos State (Suit No: FHC/ABC/CS/07), stated the letter, the dispute was resolved in a judgment delivered by Justice Per A. M. Liman.

In resolving whether a license granted under the National Lottery Act, 2005 to engage in national or inter-state lottery business does not entitle the licensee to freely carry on its trade between states and in particular, from and into Lagos State without liability to obtain license under the Lagos State Lotteries Law, 2004, the court held that any licensee could function without an approval from Lagos State.

“National Lottery Act, 2005, being an Interstate Trade and Commerce, any grantee of a license is free to carry on its trade between states and in particular from and into Lagos State without liability to obtain approval or license from the Lagos State Government,” the court declared.

The Lagos State government, noted the lottery operators, appealed the judgment, but abandoned the appeal, which was subsequently struck out.

Despite this, alleged the lottery operators, the Lagos State Government has continued to molest them in clear contempt of the court order.

The lottery operators added that the Lagos State Lottery Board is being aided by the Police, which illegally arrest and detain the holders of National Lottery Regulatory Commission Licence.

“In a recent brutal operation of the Lagos State Lottery Board, one of our clients, Mobile Lottery Nigeria Limited (a lottery operator in Lagos with a National Lottery Board Licence) had its operations greatly disrupted by the carting away of its properties and the arrest and detention of its staff,” stated the operators.

The lottery operators expressed confidence that the IGP’s intervention, by mandating men and officers of the Nigeria Police Force to stop abetting the Lagos State Lottery Board, will put an end to their plight.