It is not “For Better”, ” For Worse” as far as Abdulrahman Ganiyu,who is 30-year-old is concerned. The husband has pleaded with a Karu Grade 1 Area Court, Abuja, to divorce himself from his wife, the five-month-old marriage has been hell for the husband on grounds that his wife, Nafisat Oseni, is very troublesome. 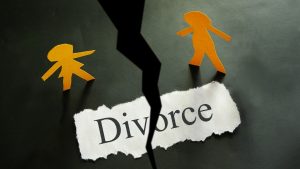 “Before I got married to her, she was not like this; but the moment I married her, she became something else.

“It’s like she was just waiting for me to marry her because since we got married, she developed a new character.

“She doesn’t take care of the house, she no longer takes instructions from me.’’

Ganiyu also alleged that his wife slaps him at the slightest provocation.

“She is very troublesome and hits my face whenever she is provoked.

“She also receives her male friends as visitors in our house,’’ Ganiyu added.

When asked why he moved out from their matrimonial home, the plaintiff said he found diabolical substances in their home.

“I was left with no option than to move out because I discovered fetish substances around the house on few occasions.

“Also, on one occasion that we had a hot argument, she took a knife from the kitchen to stab me, but I escaped, and after that, I left the apartment for her since February,’’ he added.

He also accused his wife of discussing their family issues with her family members and pleaded with the court to end the marriage.

Responding, Nafisat told the court that she still loves her husband and that both family members would soon meet to resolve their differences.

She urged the court to give her and her estranged husband some time to resolve their differences.

“Sir, it is a new marriage and we are just getting to know each other better; both families are trying to help us; we need a little time to sort out ourselves,’’ she said.

The judge, Mr Hassan Ishaq, urged the couple to be more patient with each other and learn to listen to each other.

“Both of you are still young and you have a lot to learn from the institution of marriage, you also need patience. Try and settle between yourselves before the next adjourned date.’’

He adjourned the matter till April 24 for report of settlement.