The life of a young boy identified as Aminu was cut short by his evil neighbour after he was allegedly sexually abused by his neighbour identified as  Abubakar, a tea seller in Ngwayanma, in the Kontagora area of Niger State. 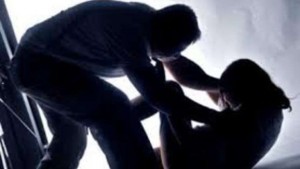 Maishai, had reportedly abducted Aminu from his parents’ house sometime in March, and held him hostage in his (Abubakar’s) apartment.

It was gathered that a neighbour, who got wind of Aminu’s abduction, raised the alarm and reported the case to the police at the Kontagora division.

While Abubakar was arrested, the boy was admitted to a hospital, where he died.

A resident, who did not want his name in print, said the incident had left the parents of the victim traumatised, urging the police to ensure diligent prosecution of the suspect.

He said, “The boy’s parents suddenly discovered that he was missing and asked for his whereabouts from his friends, who denied knowledge of his whereabouts. Afterwards, a case of abduction was reported to the police. That was early March.

“A man alerted us two weeks later that he saw Aminu with Maishai (Abubakar). The suspect initially denied that the boy was in his custody. The boy was later found in his apartment in a critical condition. He looked tired and pale. Maishai confessed he had sex with him several times.

“The police were called to arrest him and Aminu was rushed to a hospital. He eventually died last week. The parents do not want to talk about the incident for now; they are devastated.”

One Zakari Kontagora, also lamented the death of the boy on a social media platform, Nairaland, saying that the community had been thrown into mourning.

Kontagora’s post in Hausa, partly read, “The boy was reportedly raped by a man called Abubakar. He had sex with the boy for a long time, which led to his death.

“The residents of Kontagora and neighbours expressed their sorrow and called upon security agents to take necessary actions. May Allah forgive the deceased and bless him. May He touch the hearts of these evil doers.”

A police source informed our correspondent that Abubakar was arraigned in a Kontagora Chief Magistrate’s Court before the boy died, on two counts of abduction and unnatural offences, to which the defendant pleaded guilty.

“The unfortunate thing is that he was sentenced to one month’s imprisonment with a fine of N30,000, which is ridiculous. The punishment generated a lot of outcry.

“But it is not the police’s fault. What the police can do is to appeal the case or file a new charge, now that boy is dead,” he added.

The Niger State Police Public Relations Officer, DSP Elkana James, confirmed Aminu’s death, saying that the case had been transferred to the command headquarters in Minna.

He added that the suspect would be re-arraigned on a fresh charge of culpable homicide.

He said, “Our legal team is reviewing the sentence. When the suspect was charged to court, the boy was not dead. So, he was charged with abduction and unnatural offences.

“He and the boy, aged 12, lived within the same vicinity.

“He abducted him for two weeks and abused him during the period.

“Now that the boy is dead, we have a liberty to charge him with culpable homicide. That will be an additional charge.

“He is still in prison, serving the one month’s imprisonment. Once the new charge is filed, he would be reproduced to take his plea.”