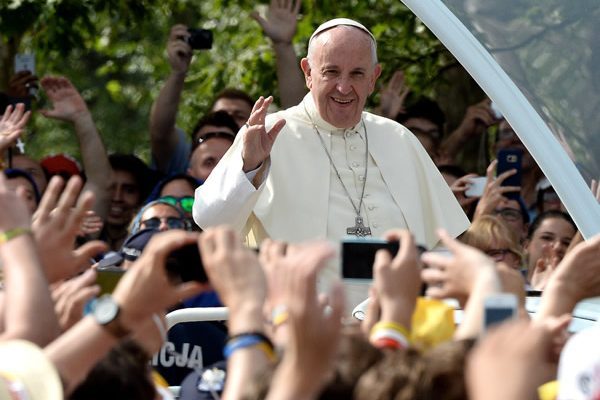 Head of the Catholic Church, Pope Francis has said he might not be alive in 2019.

He stated this while speaking at a vigil service on the Catholic Church’s World Youth Day last weekend.

According to the Associated Press, the 80-year-old referred to his own death twice in the span of a few minutes at the vigil.

In reference to the 2019 edition of The Catholic Church World Youth Day, which will be held in Panama, Pope Francis told the crowd gathered at the St. Mary Major basilica: “I don’t know if it will be me, but the Pope will be in Panama!”

A few minutes earlier, he drew gasps from the pews when he said: “At my age, we (old people) are about to pass away.”

Sensing their pained reaction, he added: “Who guarantees life? No one. At your age, you have the future ahead of you.”