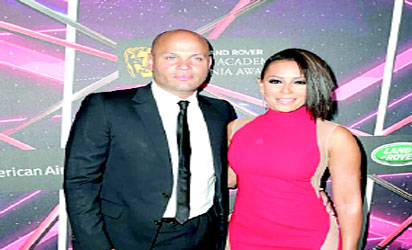 Mel B revealed in  divorce documents submitted to the court that her estranged husband, Stephen Belafonte got their children’s nanny pregnant. He hired Lorraine, an exchange student from Germany to become their nanny and often compared his wife to the then 20-year-old. After Mel found out about the nanny’s pregnancy, they decided that she will have an abortion which was paid for with Mel’s money, just like her wages.

Mel B also revealed that after she worked up the courage and tried to fire the nanny in 2015, Belafonte was angry and yelled at her for three hours. “He told me that she was his ‘ride or die bit*h’ and the only woman in his life that completely had his back,” she said. Mel B has now obtained a restraining order against the nanny.

Her lawyers also got a court order to gain access to a storage locker rented by Lorraine Gilles, the nanny in question, which is said to contain ex tapes and photos Stephen threatened to make public, boxes of Spice Girls memorabilia and photos of her recently deceased father. A judge ordered Lorraine to not harass Mel B and to stay 100 yards clear.

The judge also ordered her not to remove any property from the Public storage locker.