Muslim Students’ Society of Nigeria (MSSN), Lagos Chapter awarded no fewer than 35 students who bagged first class and distinction from the University of Lagos, Lagos State University and Lagos St 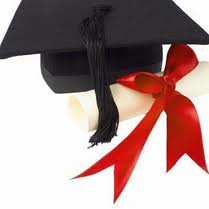 ate Polytechnic have been honoured for their academic excellence.

They were honoured at an award of excellence ceremony organised by the Muslim Students’ Society of Nigeria, Lagos State Area Unit.

During the award ceremony, the Muslim students who were rewarded with plaques and cash prizes complained that most of them were neither celebrated by their institutions nor government.

According to the Amir (President) of the MSSN Lagos, Dr. Saheed Ashafa, the students are honoured to show that academic excellence deserved more prominence than social activities.

He lamented that the Nigerian society, including the Lagos State Government, no longer appreciated academic excellence.

He said, “Since the society we found ourselves has been grossly engulfed in frivolities and celebration of mediocrity, we are left with no option than to take up the responsibility of showcasing the brains among us who are not deterred by the apparent denial that has taken over the society.

“We are all living witnesses to the mouth-watering monetary encouragement, material gifts and accolades given to the winners and participants of the just concluded Big Brother Nigeria Reality TV Show. This is despite that majority agree that most of these shows do not only corrupt our moral values but also send dangerous signals that academic excellence and being hardworking are no more prerequisites to success.

“Painfully, academic competitions and excellent performance by students receive peanuts from the society. What an irony! Even the Lagos State Government goofed in its celebration of Lagos @ 50 by excluding outstanding students in the celebration.”

Lagos State Commissioner for Home Affairs, Abdulhakeem Abdullateef, advised the awardees not to relent in their outstanding performances, urging them to get to the peak of their academic career before relenting.

He warned them not to change the winning strategy, adding that “A successful life does not come by chance. If you put a lot of hard work in what you do, you’ll get the result. You must join in taking appropriate steps so as to make the economy sound.”

Gbadamosi, who was represented by Dr. Maruf Animashaun, described the students as good representatives of morality, who are worthy of emulation.

Responding on behalf of the awardees, former Students Union President of LASPOTECH, who also bagged distinction, Azeez Ejire, appreciated the organisers for celebrating them.

He said the award would encourage them to do more and urged his co-awardees make academic excellence a priority.