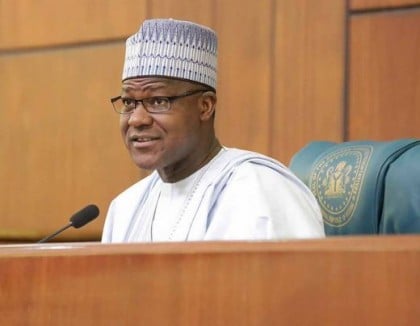 The Speaker, House of Rep­resentatives, Hon. Yaku­bu Dogara, has asked the Executive arm of government to shift the proposed 2018 Census till 2019 elections when there will be no political pressure to manipulate the exercise.

He said that conducting cen­sus in an election year may gener­ate unrealistic results and therefore advised that the next administra­tion should conduct the head­count at the beginning of its ten­ure when there would be nothing so much at stake.

In a statement he issued in Abuja on Monday, Dogara said: “I won’t advise anyone to con­duct national census in 2018. I said it before that if we are not going to achieve it in 2017, then, we should just forget it until after 2019. If you conduct census at the niche of elections, there will be so much pressure, crisis and the lure for people to manipulate the fig­ures for political reasons, such that the agency cannot even cope with,” he said.

Dogara stated that “it is better for a fresh administration to con­duct this exercise from the begin­ning of its administration when there is no pressure of elections in sight.”

“By that, we may have some­thing that resembles reality, but I can bet you if the census is con­ducted in 2018, the outcome will be doubtable. Seriously speaking, because I know who we are and I know the kind of litigations, back­lashes, the pressure and we don’t need that now, to be candid.”

“We have so many challenges, let’s empower the agencies to keep building on the blocks that they will leverage on in the future in order to do the exercise but doing it in 2018, honestly, it is nothing I would advocate,” Dogara said.