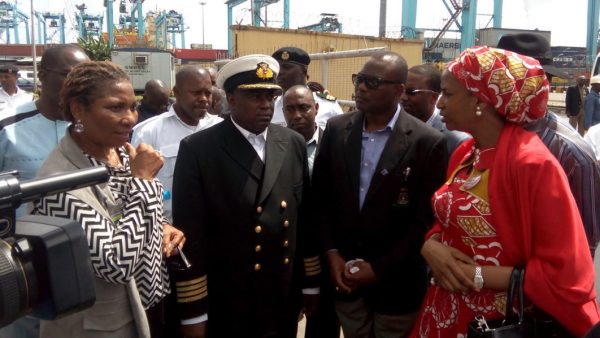 The Nigerian Ports Authority (NPA) has presented a budget of N233.8 billion to the National Assembly for the 2017 fiscal year. The Managing Director, NPA, Hadiza Bala-Usman, who presented the budget estimates to the Chairman, National Assembly Committee on Ports Harbours and Waterways, Patrick Asadu, expressed determination to turn things around at the ports.

The budget, tagged: “Budget of infrastructure Renewal and Revenue Expansion,” comprises capital expenditure of N142.2 billion representing about 55 per cent of the projected revenue, while the recurrent expenditure is N91.6 billion or 36 per cent of estimated revenue.

Before the presentation, Asadu, had enjoined NPA to keep up the good work, especially with respect to modernising and reforming the port industry. He also charged the NPA to prioritise all the critical areas of concern in its budget to enable it pay premium attention to those areas while others sections would be attended to accordingly.

Meanwhile, the ports authority had earlier earmarked about N1.3 billion of 2017 budget for the purchase of boats with a view to tackling criminal activities at the waterways of the Lagos Ports Complex.

The provision was for the purchase of nine boats at the cost of N150 million per boat, adding that this will ensure that the port waterfronts were safe and secured. Bala-Usman also explained that pending the procurement, the agency will hire boats to patrol the waterfront in order to ensure the security of the area.

“We have also instituted a process where we are going to hire patrol that will be patrolling the waterfronts to ensure that there is security. We are also looking at how we can provide support to the marine Police, providing them with financial support to enhance existing patrol we have in the waterfront. We seek to comply with the International Ships and Ports Security, (ISPS) Code,” she said.

The ISPS Code is an amendment to the Safety of Life at Sea (SOLAS) Convention on minimum security arrangements for ships, ports and government agencies.