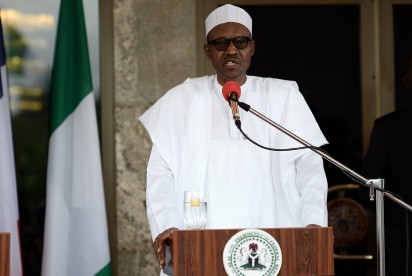 There is outrage in the nation’s culture and tourism sector at the manner President Muhammadu Buhari appointed new heads of agencies and parastatals last weekend.

Stakeholders feel that Buhari failed to follow due process in announcing the appointment of the five new chief executives by the presidential spokesman, Femi Adesina, instead of the office of the Culture Minister or Secretary to the Government of the Federation (SGF).

A statement by Adesina named one-album singer, Tar Ukoh, as Artistic Director of the National Theatre and National Troupe of Nigeria while the sacked former Director General of the Nigerian Tourism Development Corporation (NTDC), Otunba Segun Runsewe, emerged chief executive of the National Council for Arts and Culture (NCAC).

Others whose appointments were announced are Chidia Madueke as General Manager of the Nigerian Film Corporation (NFC); Adedayo Thomas, Executive Director of the National Film and Video Censors Board (NFVCB) and erstwhile Commissioner for Tourism in Lagos State, Folorunso Coker, as NTDC DG.

The apparent absence of synergy in the presidency as regards the appointment of these officials is a threat to the development of the sector. Since these officials were appointed without the input of their supervisory minister, the prospect of their harmonising their agenda and that of the ministry for the growth of the sector appears bleak. Also, stakeholders feel that some of these appointees cannot improve the sector since they had no previous association with it.

Not even the naming of a sole head for both the National Theatre and National Troupe doused stakeholders’ outrage. Until last Friday when the announcement was made, both agencies were being run by two chief executives.

Also, the decision to appoint Ukoh, believed to be in his late 60s and Runsewe in the same ministry where he was sacked about four years ago also did not go down well with stakeholders. The development fuelled speculations that the appointments were not made in consultation with the Information and Culture Minister Lai Mohammed who ideally should make recommendations to the president.

A presidency source, who pleaded for anonymity, revealed that the names announced were different from those recommended by the minister. “Except for some executive directors that were appointed for the NTA and FRCN, none of those that were appointed to head those culture agencies featured on the list that the minister proposed for appointment and which had been awaiting the president’s approval for several months now.

“I think what played out is that the names were replaced and only the cabal, in the presidency, can do this. I have heard the film people complain that they do not know the two appointees and I am not sure that with their plea over the years, the minister will recommend just anyone to the president for approval,” he said.

According to the culture activist, playwright and multitalented artiste, Ben Tomoloju, the new appointment displays absence of “consultation between the appointing officials and the industry stakeholders. My reason for this is that there seems to be one of the former incumbents who had not served out his term and he was not sacked directly nor any reason given for the sudden withdrawal of his portfolio. So, I find it intriguing that another person was appointed to take over his schedule. That is one.

“The second case is another chief executive of culture appointed in acting capacity. To be fair, this chief executive of culture that I am talking about has a cognate experience in the parastatal where he was acting as chief executive. In fact, he has shown this experience over several years as a young cultural officer and in the cadre of director before he was elevated to a high position in Abuja. He came over to Lagos and there were great expectations that he would perform, only for his name to be missing among the new appointees.”

Tomoloju tasked those who are saddled with the responsibility of recruiting personnel for public offices to appreciate public interest as the cardinal point for appointment.

He decried what he termed a “recycling factor”, “as if there are only a few people in Nigeria who can handle public offices.”

The President of the African Film Consortium (AFC) which is the largest gathering of filmmakers on the continent, Mykel Parish Ajaeare, said he was sad at the composition of the appointees. His words: “For our censors board and NFC’s DGs, I am totally sad. I was thinking the minister understands that the industry needs a proper reform by someone who knows the problems and can relate with stakeholders. I think we are just heading away from our resolve. I have asked and nobody seems to know these people properly, nobody. Anyway, it has always been political to choose heads of sectors, so, I was really not expecting a Peace Anyiam or Wale Adenuga or someone who is influential and understands the system. I just knew things would go wrong.”

However, former President of the Directors Guild of Nigeria, Fidelis Duker said comments on the new appointments should be made with caution. He said: “In my opinion, I will say we should observe with caution as the appointees are not known to most of us except for the ones in NTA and the National Theatre in the persons of Onabule and Tar Ukoh. Also, Runsewe is an old horse in the sector and his going to NCAC should be an interesting phenomenon for the industry as he has had a stint with NTDC before. I would rather wait and see who these new appointees are…”

At the National Theatre, Iganmu, Lagos, a member of the arts community described the newly appointed head of the National Theatre/National Troupe, Ukoh as one of the pioneer artistes recruited for Ososa experiment under the late Chief Hubert Ogunde, “but he broke camp and went on AWOL, which was the highest trait of indiscipline that any artiste could display in an organisation. Ironically, this is the same person coming to head the National Troupe that he ran away from at the foundational stage. Now, he would come back to head the disciplined ones who have stayed with the troupe from Ososa right up to Lagos and right up till date.”