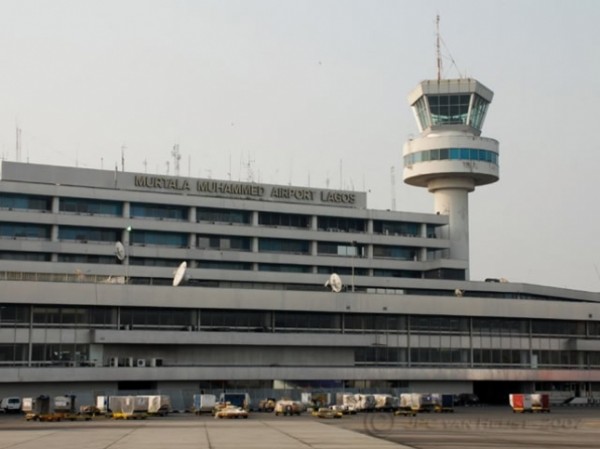 There was massive panic early this morning at the Murtala Muhammed International Airport (MMIA), Lagos as an inexplicable vibration erupted in a part of the Departure Hall being used by Royal Air Maroc.

The area, which houses check-in counters 37 to 41, began vibrating at about 2 am, and stayed that way up to the time this report was being prepared.

A passenger of Royal Air Maroc, who identified himself simply as Abdul, told our correspondent on the phone at about 3 am that the reason for the vibration could not be ascertained, and said he feared the airport may soon collapse.

Aviation Security (AVSEC) personnel who spoke with our correspondent on the condition of anonymity said their attention was drawn to the “unusual vibration” by some passengers and airline staff.

The source confirmed that many passengers went into panic as a result of the problem, and that processing of passengers was delayed.

In response, Royal Air Maroc relocated its affected counters out of the area to enable its staff check in passengers.

The source said: As I’m talking to you now, no one seems to know the reason for the vibration as we checked every aspect of the terminal, but nothing could be found. We only lied to the passengers that a machine was switched on downstairs [in order] to calm frailed nerves. But, the fact is that we don’t actually know what is responsible for the vibration.

“However, we know that structure is due for total rehabilitation and not the cosmetic rehabilitation carried out on it about three years ago by former Minister of Aviation, Mrs. Stella Oduah. The entire cables and even materials in that building are weak and need attention.”

Efforts to reach Henrietta Yakubu, the Acting Manager of Corporate Communications of FAAN, to react to the development were futile as her mobile phone was switched off, and a text message to her remained undelivered as of the time of filing this report.

The Lagos international airport has been in the news for negative reasons over the years, sometimes for its poor infrastructure.  Only three weeks ago, the office of South African Airways suffered a fire outbreak which disrupted flight operations for over two hours before it was brought under control.