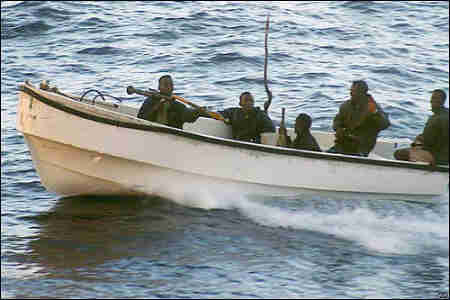 Three days after an attack on a police checkpoint and a patrol team of the Nigeria Security and Civil Defence Corps (NSCDC) in Kolo Creek area of Bay­elsa State, the military au­thorities have confirmed the killing of two soldiers during a gun battle with suspected sea pirates in Ijawkiri, the border town between Bayelsa and Rivers States.
The military, through the Joint Security Task Force code named “Operation Delta Safe”, said that the incident occurred during the deployment of troops in Creek 6 Houseboat in Cawthorne Channel when the troops responded to a distress call of sea pirates’ invasion of Ijawkiri l.
In a statement on Thurs­day, Major Abubakar Ab­dulahi, the co-ordinator of the Joint Media Cam­paign Centre of the “Op­eration Delta Safe (ODS), explained that troops de­ployed in Creek 6 House­boat in Cawthorne Chan­nel while responding to a distress call of sea robbers’ attack around Ijawkiri Gen­eral Area, engaged armed sea robbers in a gun duel.
He said: “Unfortunately, two gallant soldiers exhib­ited the highest point of patriotism by paying the supreme price while three others sustained gunshot injuries. Effort is ongoing by the JTF to track and ap­prehend the criminals.”
Abdulahi, however, stat­ed that in continuation of its drive to accomplish its mandate, troops of ODS on patrol around Iyalama Ad­ama axis of Rivers State, on Thursday discovered and destroyed 13 illegal refiner­ies.
It was, however, gathered that the security formations in Bayelsa, Delta and Rivers States have been put on red alert following the attacks on patrol teams.
Meanwhile, the Bay­elsa State Commissioner of Police, Asuquo Amba, has met with heads of sis­ter security agencies in the state to brainstorm on ways to create a new synergy to prevent crime in the state.
The meeting held at the Police Officers’ Mess was attended by all heads of the various security outfits including, the Air force, Operation Delta Safe, Fed­eral Road Safety Com­mission, National Drug Law Enforcement Agency (NDLEA), Nigeria Immi­gration Service (NIS), Ni­geria Prison Service (NPS) and Department of State Services (DSS).
Amba called on the se­curity outfits to work as a team to reduce crime and consolidate on the gains so far recorded in the state.
Meningitis Outbreak: 8 almajiris die, residents des­ert homes in Zamfara
With intense efforts by the Zamfara State govern­ment to combat the cur­rent outbreak of Cerebro-spinal-meningitis (CSM), eight almajiris (street boys) have died from the disease.
The deaths took place on Thursday at one of the almajiri schools located in Filin Gunza area in Gusau, the state capital.
The victims died from suffocation due to conges­tion of the place they were accommodated.