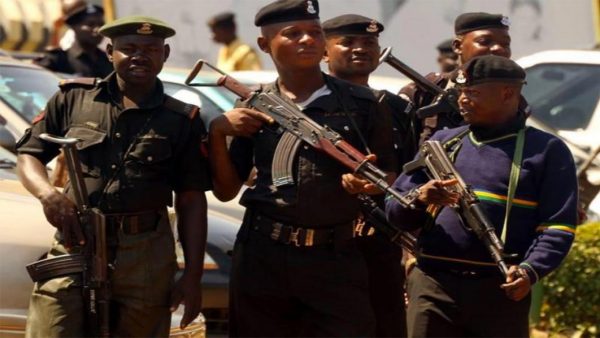 There was a slight dra­ma at Amuloko area, a suburb of Ibadan, at the weekend when some policemen stormed a wed­ding engagement and ar­rested a man suspected to be a member of an armed rob­bery gang. He was picked up during his wedding engage­ment.

The suspect, who is fondly known as Togo, was arrested alongside some members of his family and that of the bride for alleged involve­ment in armed robbery.

A source at the event in­formed journalists that the police stormed the event at Olaoluwa area of Amuloko, packed the wedding cakes and some of the items meant for the wedding.

“Immediately the police­men stormed the venue, they headed straight to where the groom was sitting and handcuffed him. They also picked some members of his family. While this was going on, people that have come from different location for the wedding flee in different directions,” the source said.

A police source who spoke on the condition of anonymity said “the groom and other members of his gang robbed at Olodo on Friday and two of them were arrested in the morning and later another one was arrest­ed; he was the one that gave us the information about To­go’s wedding and the other one is now at large.”

When contacted, Police Public Relations Officer in the state, ASP Adekunle Ajisebutu however said, “I am not aware of the incident. Though, I have read about it somewhere but I don’t know the source of the story. I will find out. Call me back; let me find out.”