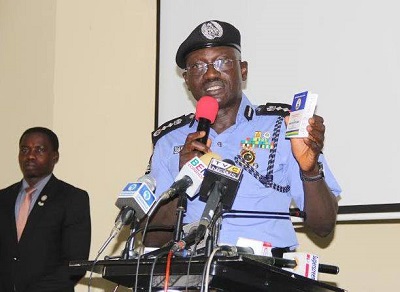 The leadership of the Police Service Commission (PSC) has explained why it sacked the reinstated 95 workers of the commission. Their sacking was done, despite the ruling of the National Industrial Court, which ordered that they be reinstated.

The commission’s Assistant Director of Press, Ikechukwu Ani, explained that the employment of the sacked workers did not follow due process, hence the board in its wisdom resolved that they be relieved of their duties.

He said: “The matter was resolved amicably by the management of the PSC, the affected workers and their lawyers, that the procedure leading to their employment, as in any service of the Federal Government was irregular and could not be sustained.”

The workers had instituted a suit against the commission headed by Mr. Mike Okiro, for refusing to pay them on the grounds that their appointment did not conform to the civil service rules and regulations and the provisions therein.

They were employed at the end of Parry Osayande’s tenure, before Okiro took over as the head of the PSC. The workers’ employments were later confirmed even though there was neither a formal advertisement for vacancies, budgetary provision, nor a waiver as required by law.

The PSC further explained that the letters relieving them of their duties was issued on March 30, 2017, by the Director Admin/Finance, Emmanuel Ibe, on behalf of the Permanent Secretary.

He said: “The termination of their appointment was in accordance with the provisions of the Public Service Rules 020801.” He said in accordance with the rules, “all their monetary entitlements from the period of engagement up to April 30,2017 had been duly computed and forwarded to the budget office of the federation for payment.”

But Justice E.D. Isele, in his ruling of October 18, 2016, had described the refusal of the commission to pay the workers their salaries and allowances as illegal.

The judgment had also directed the commission to pay the aggrieved workers all their entitlements, including their salaries arrears. Ani explained that the judgment was obeyed, adding however, that the rules and regulations that stipulated the procedure for employment into the public service were clear.

He added that under the circumstance, their continued stay in the service was a violation of the rules. The lawyers to the sacked workers have threatened to return to court.