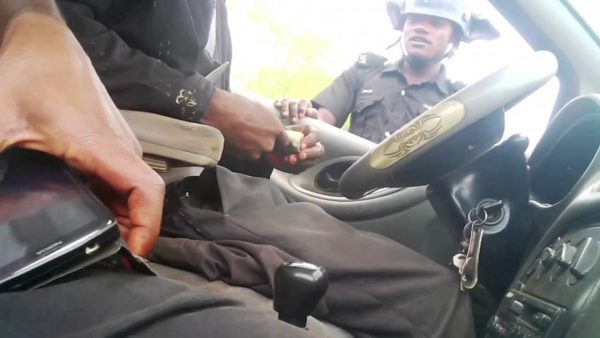 A mobile policeman in the Alimosho area of Lagos State yesterday shot a resident to death. The incident happened on Olo­wologbon Street in Alimo­sho, Lagos State.
An eyewitness revealed that the policeman wanted a share of the money the vic­tim made from cyber fraud. But, when the man refused, an argument ensued leading to him being shot by the of­ficer.
Another account by other residents had it that the vic­tim had gone to meet a debt­or who had police guards at a hotel on the street and he was shot twice in the chest during an argument.
The Lagos State Police Spokesman, ASP Famous Cole, confirmed the incident and said the Commissioner of Police, Fatai Owoseni, had ordered the arrest of the po­licemen involved and they were facing orderly room trial at the command head­quarters, Ikeja.
The police spokesman, however, explained that the shots killing the victim were accidental as they (police­men) were simply trying to mediate in a dispute before the accidental discharge.
The names of the police­men and the victim were yet to be known as of the time of writing this report.