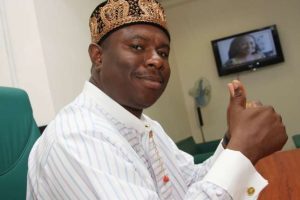 Mr. Peterside was elected at the end of the Third Annual Conference of the continental organization in Abuja on Friday.

In a statement by Femi Adesina, his special adviser on media and publicity, the President noted that Mr. Peterside’s unanimous election was not only a personal honour and affirmation of confidence in his ability to lead AAMA, but that it also placed Nigeria in a pivotal position to rally other maritime administrations in collaboration with the International Maritime Organisation (IMO) towards safer global maritime activities.

“President Buhari believes that given NIMASA’s encouraging performance under Dr. Peterside especially in the fight against sea piracy through inter-agency cooperation, he has no doubt that his new position provides him with an even bigger platform to forge ahead in doing the nation proud by meeting the objectives of AAMA,” the statement said.

The President, while wishing the new Chairman of AAMA a successful one-year tenure, expressed confidence that within the period, the Federal Government’s renewed focus on growing the Nigerian economy through increased maritime resources would be further enhanced.