It has been seven years since the murder of Soboma George, a Niger Delta militant and a popular figure within the Movement for the Emancipation of the Niger Delta,after the arrest of some suspects associated to the murder, the police have again arrested a suspect, identified Anthony Pepple, who made startling revelations about the murder.

The latest suspect Pepple,is a 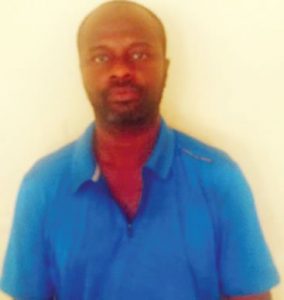 native of Bonny Local Government Area of Rivers State who claimed to have been a safety officer with Nigeria Agip Company and Health and Environment Supervisor with Saipem at some point, was nabbed over the 2015 kidnap of the embattled former Vice Chancellor of Ignatius Ajuru University of Education, Port Harcourt, Prof. Rosemund Green-Osahogulu.

But investigation later connected him to Soboma’s murder, which he explained that he planned as a result of his uncle’s murder and a N60m, which the militants swindled his ‘boys’ over.

During the arrest of the suspects accused of killing Soboma in 2010, they had alleged that they killed him because they could not carry out his order to assassinate the then Rivers State Governor, Rotimi Amaechi, but Pepple said that was just a confession he coached them to tell the police.

Pepple claimed that he had got to a position at Saipem which offered him opportunity to travel widely for trainings before he decided to resign his job.

He said, “With all the experience and training, I left the company and decided to work with my uncle, Wilson Alison, who was the treasurer of the Ijaw National Congress at the time. My uncle needed someone he could trust.

“In 2010, my uncle wanted to divorce his wife because he discovered that she was too fetish. He told me that he learnt she slept with his friend in the US. He then filed for a divorce and that started a problem between them.

“I was told she paid N10m to Soboma to eliminate my uncle. Shortly after, my uncle was killed on Orazi Road around GRA Port Harcourt.  Four men on two motorcycles killed him with AK47 rifles.

“I was not in town at the time but when I got back, I went to the police to take the corpse to the mortuary. After that, I embarked on my own investigation and learnt that he was killed by Soboma’s boys after my uncle’s wife paid N10m.

“I confronted her about it but she got angry and called me a cultist and militant. She reported me to the police and the military joint task force who started searching for me.”

Pepple said he also learnt that Soboma’s boys were looking for him and he decided to go underground.”

People claimed that few months after he went underground, two of his friends, whom he identified as Ayi and Blackee, did a job for a governor, who decided to pay them N60m. But they said they did not want to keep the money in their accounts and were looking for an account where it could be paid without it being traced.

He said the men mentioned Soboma’s name as one of their acquaintances, who had the personality to keep such money in his account.

Pepple said, “I told them that I did not trust Soboma because he was the one who killed my uncle. Because he was their friend, they did not heed my advice. The money was eventually paid into Soboma’s account.

“When it was time for them to collect their money, Soboma refused to give it to them. He ordered them out of his house.  They came to me crying that he had betrayed them and asked what they could do. I told them I already had a score to settle with Soboma and suggested that we should kill him.”

Pepple said they contacted a spiritualist who made the militant weak and easy for them to trap and kill.

According to him, the spiritualist did many rituals because Soboma was very powerful and he had some forces guarding him.

He explained that at the right time, the spiritualist gave them the go-ahead.

Soboma was later gunned down along with his girlfriend on a Saturday after a football game he participated in.

Pepple said he was watching Soboma close to the football field and giving orders by phone to Ayi and Blackee on the right time to move in on the victim.

“Ayi was the first person who came out with a gun and when Soboma saw him he wanted to run and they opened fire on him and killed him on the spot with his girlfriend. The four men guarding him fled when the shooting started.  I took a motorcycle and left the scene. Ayi and Blackee did not put on masks so, everybody saw their faces.

“I had told them that if they were arrested over the death of Soboma, they should tell the police that Soboma paid them N60m to kill Governor Rotimi Amaechi, then maybe they might be released because of that. Shortly after that, my uncle’s wife died.”

After the killing, Ayi and Blackee were reportedly arrested in Ondo State. But Pepple said he fled Nigeria and got a job offer with an oil company in Abu Dhabi.

He said he returned to Nigeria in December 2014 with the money he had saved and I intended to go into oil bunkering.

According to him, he met a man he identified by the alias “Full Payment” who told him to help keep four AK47 rifles. He would later team up with another acquaintance he called Dokubo to use the weapons for kidnapping

“Dokubo suggested that we should go for ‘fishing’, which means kidnapping people driving flashy cars and forcing them to pay ransom.

One of their many victims between 2014 and 2015 was Prof. Green-Osahogulu.

How I was kidnapped – Green-Osahogulu

Prof.Green-Osahogulu, who was announced as the pioneer Vice Chancellor of the Ignatius AjuruUniveristy of Education in acting capacity by then Governor Rotimi Amaechi in 2009 became a substantive VC in 2012.

The don said, “We had a management meeting that day that ended at 6pm. I was on my way home when a black SUV overtook my own car and they blocked my driver. Four hefty men with AK47 rifles came out of the jeep and one went to my driver side, broke the glass and opened the central locks.

“I was trying to lock the car when they started shooting sporadically. I thought I was going to die.  They dragged me out of the car, took my bag and put me in their own vehicle. Two of them sat on either side of me in the vehicle. I started talking, I told them I train youths like them and the one in front told me to shut up. He then asked that I should be blindfolded.”

The kidnappers reportedly told the don that someone in her university had paid them N150m to eliminate her and that they would get another N150m when the job was done.

They told her if she paid them N200m, they would not carry out the hit.

But she told them that she doubted anybody in the institution had that kind of money.

She said, “I asked them what my offence was but their leader told me to shut up.  He then asked for my cheque books and ATM cards. One of them who was watching over me told me that the SUV they used to transport me belonged to Akass Baba, a presenter of Cool Fm who was kidnapped in March 2014. He told me N5m could not get me out of their net because the presenter paid N10m.

“His boss came back and was asking for the university cheque books but I tried to educate him that as a VC, I could not keep the cheques which were with the school bursary.

“They asked where the bursar lived and I told them that I did not know. After two days in their custody, the boy watching over me said I was all over the news and the police were looking for me. One of my kidnappers even said there was jubilation in the university over my kidnap.

“On the fifth day, the leader of the gang came in and started flogging me to tell them the truth about how to get the university money. I told them that I could not get access into the accounts alone. I was shocked when they told me how much the university had in some of its accounts. I told them it was government money and that I could not touch it.”

Prof. Green-Osahogulu said she ate only banana and water in their custody and that her health was failing.

The kidnappers later reduced the ransom to N100m but Saturday PUNCH learnt that the don’s family were only able to raise N3m.

One week after her arrival in the kidnappers’ den,Prof. Green-Osahogulu was roused from sleep around 1am and told to get ready.

She was blindfolded and taken to a spot around Ada George Port Harcourt where she was picked up by a member of her family.

The day after her release, she was taken to the Department of State Services where she was informed that one Tony Pepple was the mastermind of her kidnap. Shortly after, the don whose health had deteriorated in captivity travelled to Canada for a surgery.