Home News Feed So Sad! See 27-year-old Nigerian Footballer Killed Outside a Nightclub in The...
Facebook
Twitter
WhatsApp
A Nigerian footballer has been allegedly murdered in Britain outside a nightclub leaving his family members in pains. 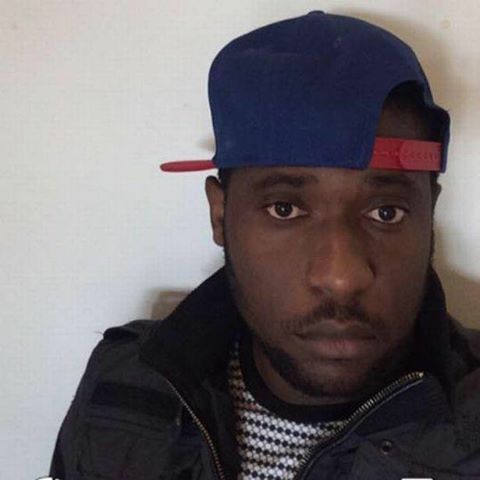 A Nigerian amateur footballer, Henry Ayabowei, popularly known as Henry Esin, has died after an attack at a Welsh nightclub.
According to North Wales Nostalgia, the 27-year-old father of two children was found unconscious outside Peep nightclub in Bangor by police on Saturday. He was rushed to Stoke hospital for treatment at their special trauma unit.
He died in hospital on Sunday and has been remembered by friends and teammates as a “respected young man” among a flood of tributes on Facebook. 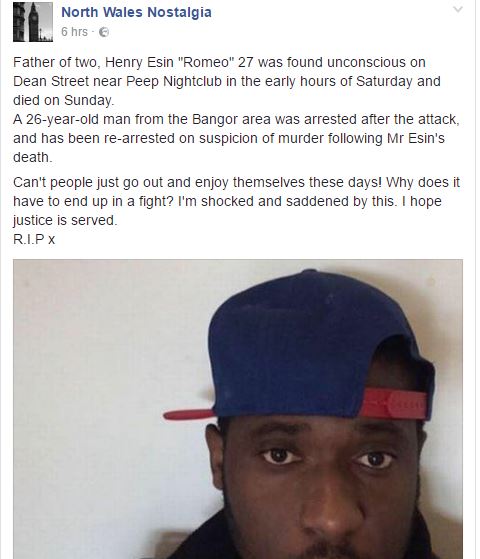 North Wales Nostalgia shared the story on Facebook writing:
“Father of two, Henry Esin “Romeo” 27 was found unconscious on Dean Street near Peep Nightclub in the early hours of Saturday and died on Sunday.
“A 26-year-old man from the Bangor area was arrested after the attack, and has been re-arrested on suspicion of murder following Mr Esin’s death.
“Can’t people just go out and enjoy themselves these days! Why does it have to end up in a fight? I’m shocked and saddened by this. I hope justice is served.
“R.I.P x”