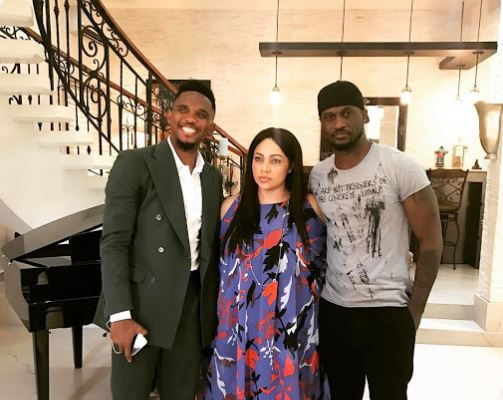 Cameroonian football star, Samuel Eto’o is currently in Nigeria, and he just visited Peter Okoye, who is also his very good friend at his Banana Island Mansion in Ikoyi, Lagos.

The singer, who was happy that his friend came around, took to Instagram to write;

“Guess who came thru?” the singer captioned one of the photos with the footballer, and in another, added, “At home With @setoo9.”

The duo have maintained an enviable friendship over time.

In 2016, Peter Okoye went on a promotional tour in Europe with the world class footballer and shortly after, reports surfaced that the duo were working on Okoye’s football club.

More photos after the cut;