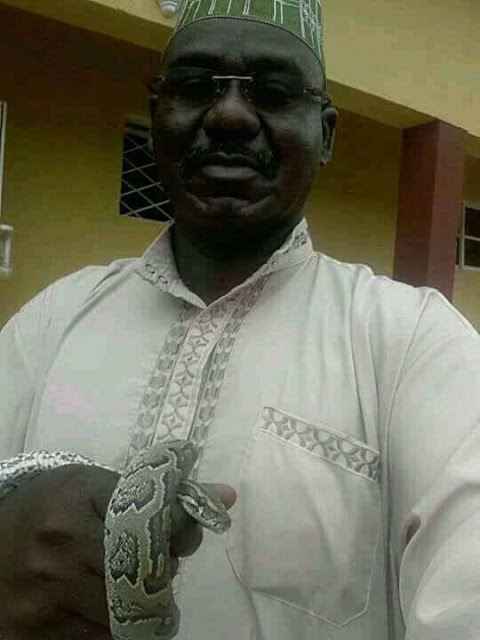 A rare photo of the Chief of Army Staff, COAS, General Tukur Buratai taking a selfie with his pet snake. The army chief has shown that he has a thing for reptiles as he coolly shows off while holding the huge reptile.
Buratai is known to have a snake farm located at Gora in Karu local government area in Nasarawa State, about 40 kilometres from the Federal Capital Territory (FCT) along the Abuja-Keffi expressway called the Tukur & Tukur Snakes Farm.