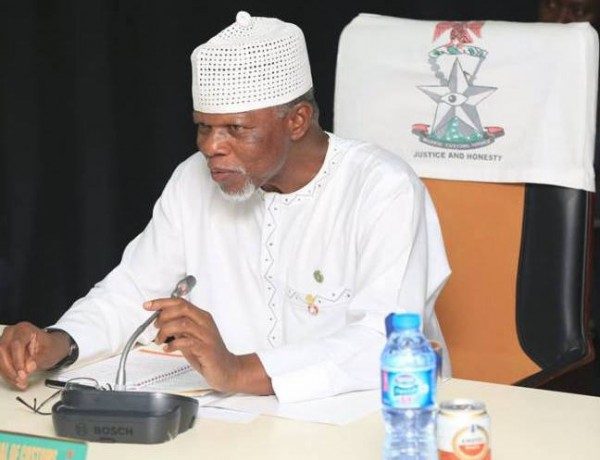 The Nigerian Customs Service (NCS) has bemoaned the incessant activities of smugglers across the nation’s borders; an activity, which it said, has wrecked havoc on the nation’s economy.This comes as the Comptroller-General of Nigeria Customs Service (NCS), Col. Hameed Ali (rtd), has restricted rice import in trade free zones.The Controller, Federal Operations Unit ‘A’, Comptroller Haruna Mamudu, who disclosed this while reviewing his zone’s first quarter activity appealed to all well meaning Nigerians to join the Service in the fight against smuggling.Mamudu wondered why some elements would invest their money in business of illegalities knowing fully well that the law could catch up with them any given time.

He therefore charged all officers and men of the Unit to be professional and diligent in performing their statutory responsibilities, most especially in the area of anti-smuggling operations by making sure all revenue linkages are blocked.During the period he said the command intensified its anti-smuggling operations and intercepted various contrabands and other goods on detention with a duty paid value (DPV) of N1.04 billion

Similarly, the unit through its interventions recovered N1billion from duty payments and demand notices on general goods that tried to beat the system from seaports, airport and border stations in the guise of false declaration, transfer of value, and shortchange in duty payment that were meant for the Federal Government, making a cumulative of N2.05 billion.

Meanwhile, the Customs Public Relations Officer of the service, Joseph Attah, while confirming Ali’s policy of rice restriction through free trade zone explained that this became necessary because some operators were allegedly taking undue advantage of the trade zone.

He explained that smuggling is a crime like armed robbery, urging Nigerians to treat it so.Attah noted: “We have the commands covering those border lines. We also have the federal operation units that cover these land borders and to build another layer of policing, we have what we call the compliance team.

“It might interest you to know that this compliance team headed by an Assistant Comptroller, Musa Jalo, made a total of 921 seizures with a duty paid value of over N1billion. Most of these seizures are rice and vehicles,” he said.