Home Entertainment Snapchat CEO Says The App Was Only Supposed To Be For Rich...
Facebook
Twitter
WhatsApp 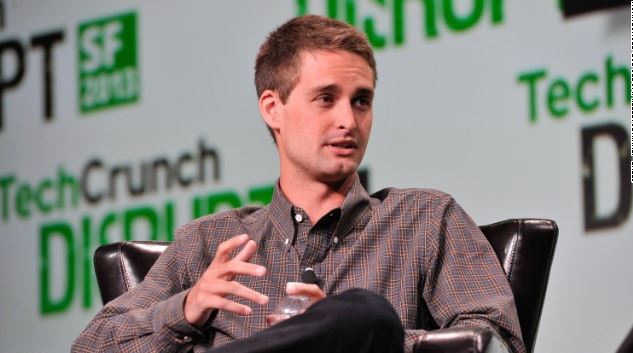 Some interesting new information has come to light In an ongoing lawsuit between Snapchat and an employee who believes he was wrongfully terminated.
The employee is Anthony Pompliano who was recruited from Facebook to assist the company in growing.
One of his initial concerns was that the app wasn’t doing too well in overseas countries. When presented with the concern, Snapchat CEO
Evan Spiegal allegedly said that the app is only for rich people and that he didn’t want to expand into “poor” countries like India and Spain before storming out of a meeting.
If true, the statement sounds really naive of the CEO now that the company has gone public and has become one of the biggest social networks in the mobile world. Had the app truly only been for rich people, it wouldn’t have seen nearly as much growth and Snapchat wouldn’t have
been able to get to the point where they could do an IPO. There’s also the matter that there’s
very little “poor” about countries like Spain, and while India may indeed be a developing market, it’s progressing faster than every other major country in the world.
Other allegations Pompliano presented were that the company
was routinely lying about usage numbers, such as 40% customer retention and 87% application turnover, figures which Pompliano allege were greatly exaggerated, and something that could cause an issue with advertisers down the line.
There’s also a note about a shady attempt
to learn about Facebook’s organisational structure despite Pompliano having a known confidentiality
agreement in place, as
well as accusations of Snapchat hindering his ability to find new work by blacklisting him, a practice where former employers wrongly provide bad feedback about an individual to companies looking into
hiring them.
For Snapchat’s end, they contend that Pompliano’s claims about his knowledge of
their “current” user metrics are merely made up. Which Snapchat has fought to keep redacted but recently relaxed their stance in light of their recent IPO.