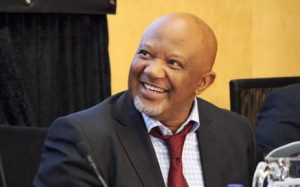 Former deputy finance minister,South Africa, Mcebisi Jonas, has resigned as a legislator for the ruling African National Congress, dealing another blow to the embattled party, the broadcaster eNCA reported Thursday.

The two had enjoyed the confidence of investors, and their sacking sent the rand into free fall. The rating agency Standard and Poor’s downgraded South Africa’s sovereign credit rating to junk status.

Zuma’s move sparked calls for him to step down and threatened to split the ANC.

But the party rallied behind the president again on Wednesday, with ANC Secretary General Gwede Mantashe saying the party accepted that Zuma had fired Gordhan because the relationship between the two had broken down.