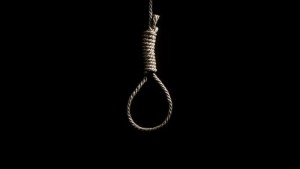 The teenager was found hung behind the house.

His dad, a project manager, told the authorities that he had not noticed anything unusual the day before finding his body.

The dad said on the night of his son’s suicide, he had confiscated the young man’s electronics in order to prevent him from going to bed late.

It was a method that his mother had agreed with, the dad said.

The incident happened in St. Albans in Hatfield, England.

The teenager, Ceri Sheehan, reportedly argued that he should be allowed to keep his iPad, but his doting parents felt otherwise.

His dad, Michael Sheehan, found all the lights on when he went downstairs at 6am the following day, but he assumed that his son, who was a talented photographer, was out taking photographs.

A search of the house led to the discovery of Ceri’s body hanging in the garden, SUNreports.

An ambulance was called to the house, but Ceri was declared dead at the scene.

A post-mortem examination found the cause of death was asphyxia.

It was gathered that the teenager had been suffering from depression and had attempted suicide with an overdose of pills a year earlier.