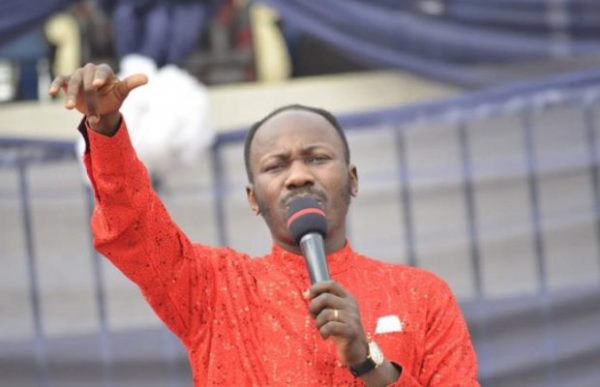 Apostle Johnson Suleman of Omega Fire Ministries, OFM, has claimed that due to the several allegations against him, he once thought he was possessed and needed deliverance.

In a video circulating online, the fiery clergyman was seen telling his members, “There is something that follows me since I was a little child. Initially, I thought I needed deliverance.

Suleman has been at the centre of controversy over his alleged sexual relationship with a Canadian-based Nigerian singer, Stephanie Otobo.

The singer had accused the Edo-born preacher of impregnating and abandoning her.

Following her initial allegation against the preacher, the Canadian-based singer went ahead to release more intimidating details about her alleged romance with Suleman.