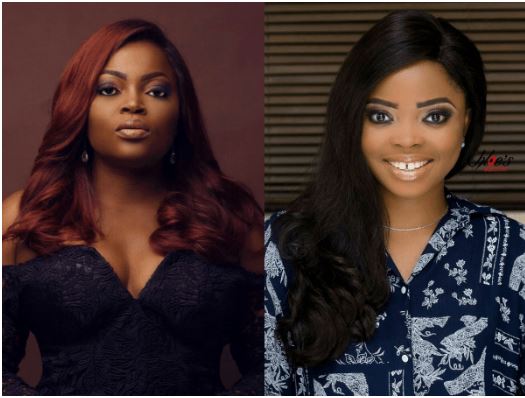 One of the stars of Jenifa’s diary Olayode Juliana popularly known as Toyosi in the series has responded to the alleged beef the media says she has with her sponsor Funke Akindele.

The news became viral that the actresses had a disagreement that led to the departure of Toyosi on the comic series which gave her fame. In her response,  Olayode says she feels unhappy that many have insulted her for biting the fingers that fed her without hearing anything from her or even confirming the authenticity of the Story.

“I will never unfollow Aunty Funke Akindele, my career is nothing without her,  I hold her in high esteem and I will always talk about her” she explained.

On why she no longer appears on the series,  Toyosi says that it is normal for characters to come and go in series,  but that doesn’t mean my relationship with scene One Productions has ended. She said.

“and for the those who have said bad things against me, I forgive you”

Prince Odianosen Okojie, the husband of actress, Mercy Johnson Okojie showed up with their kids to support her at the premiere of her movie,...
Read more

Media personality, Ebuka Obi-Uchendu, who is unarguably one of the most fashionable men in the entertainment industry, has got tongues wagging moment after sharing...
Read more

Popular actress, Uche Ogbodo has taken to Instagram to reminisce about how she impressed a lot of people with her pre-birthday photos in 2019...
Read more
- Advertisement -