The state Director, Department of Public Health and Tuberculosis Control, Dr. Danjuma Aboki, in an interview noted that 80 per cent cases of the disease in the state were pulmonary (lung) TB, while 20 per cent of the ailments were extra-pulmonary TB.

According to Aboki, about 82 per cent of Tuberculosis patients have been treated in the state and are responding to treatment.

He said, “From 2012 to 2016, we were able to register 12,874 TB cases in the state, and within that period, those that were registered and started treatment had to be followed up to see what report would come from them.

“We had to follow up on the patients for a minimum of 15 months, so as to know the number of those that had died, disappeared and those that had been cured in order to give account of everyone.”

He listed some common symptoms of Tuberculosis to include urine with blood, cough, fever, chest pain, difficulty in breathing, and loss of appetite.

Aboki stated that 20 per cent of TB/HIV victims died, adding that the state had 13 general expert centres and 90 TB centres. 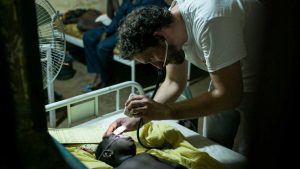