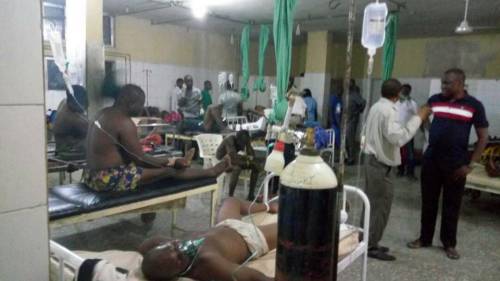 Some 30 people have been reported dead at a football viewing centre in Calabar, Cross River State capital after being electrocuted by a high tension cable that reportedly fell on a soccer viewing center in the city.

The football fans assembled at the viewing centre to watch a UEFA Europa League quarter-final match.

The electricity cable broke from an overhead pole and fell on the football fans who had gathered at the centre to watch a UEFA Europa League quarter-final match between Manchester United and Anderlecht.