The Economic and Financial Crimes Commission,(EFCC) has recovered at least N17bn since the Federal Government introduced the whistle-blower policy on December 20, 2016, according to the acting chairman, Ibrahim Magu. 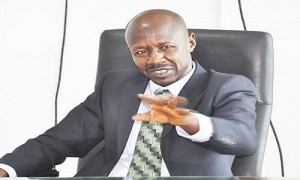 Magu, according to a statement by the EFCC spokesman, Mr. Wilson Uwujaren, stated this at the 2017 Association of the National Accountants of Nigeria Week/Award Day, in Abuja on Saturday.

He also revealed that the EFCC had recorded 62 convictions in the first quarter of the year.

Magu urged players in Nigeria’s financial sector, to ensure that they play an active role in the war against corruption by reporting any suspicious transactions to the agency.