Home National News Woman lynched to death in Anambra
Facebook
Twitter
WhatsApp
It was an horrific sight in Anambra State as a woman identified as Mrs Theresa Obalumwas brutally hacked to death by one Mmadubueze Orakwulu on Friday morning in Mgbakwu, in Awka North Local Government Area of Anambra State. 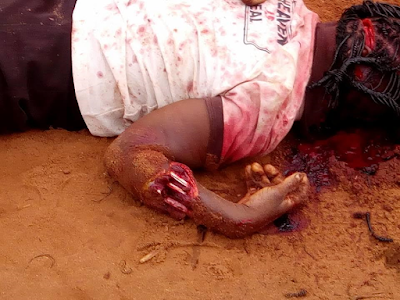 Spokesperson for the Anambra State Police Command, Mrs Nkiru Nwode, who confirmed the incident told Channels TV that the suspect had already been killed and set ablaze before the arrival of the Police, adding that the Police has deposited the woman’s remains in the mortuary and investigation into the incident has commenced. 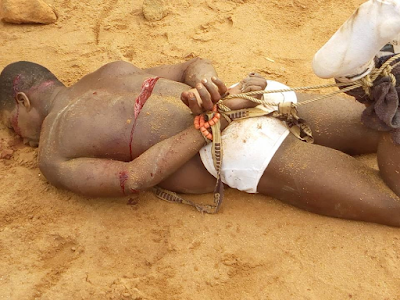 “We deployed our men quickly to the place and when they got there, the angry mob had already set the suspect ablaze but we recovered the corpse of the deceased woman and we have evacuated the body to Isuaniocha Hospital. What has happened is very unfortunate but we have deposited the corpse for autopsy and at the same time, we will go into a discreet investigation and we will charge anyone found liable to such act to court.” Mrs Nwode said.

“The suspect who was set ablaze is about 38 years old and from what we gathered, they said he is a deportee from Morocco on grounds of drugs. So, whatever that must have led to the incident, I think it is premature to say but in the course of investigation, we will still brief the public on the outcome.” 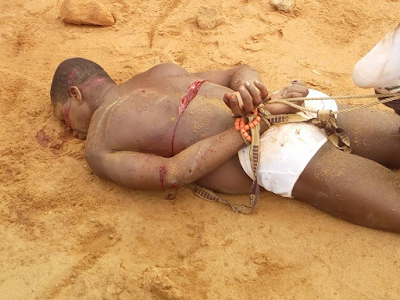 Relations of the deceased and sympathizers have expressed their grief over the the way and manner she was killed. Her husband, Mr Reginald Obalum, who is blind and incapacitated by sickness, expressed his grief over the loss.

He said, “I’m blind and it is my wife that caters to us, a family of nine people. She is the one that feeds us.”

The Chairman of Abogu National Youth Association of Mgbakwu, Christian Chukwuma, while narrating the incident noted that the mental state of the suspect was unclear and pleaded that the security agencies and other relevant authorities should help confine mentally deranged members of the society in the appropriate places.

According to him, the incident marks the second time a violent attack such as that, would be happening in the community within a space of three months.